Navisyo Homes – An Interview With The Creator 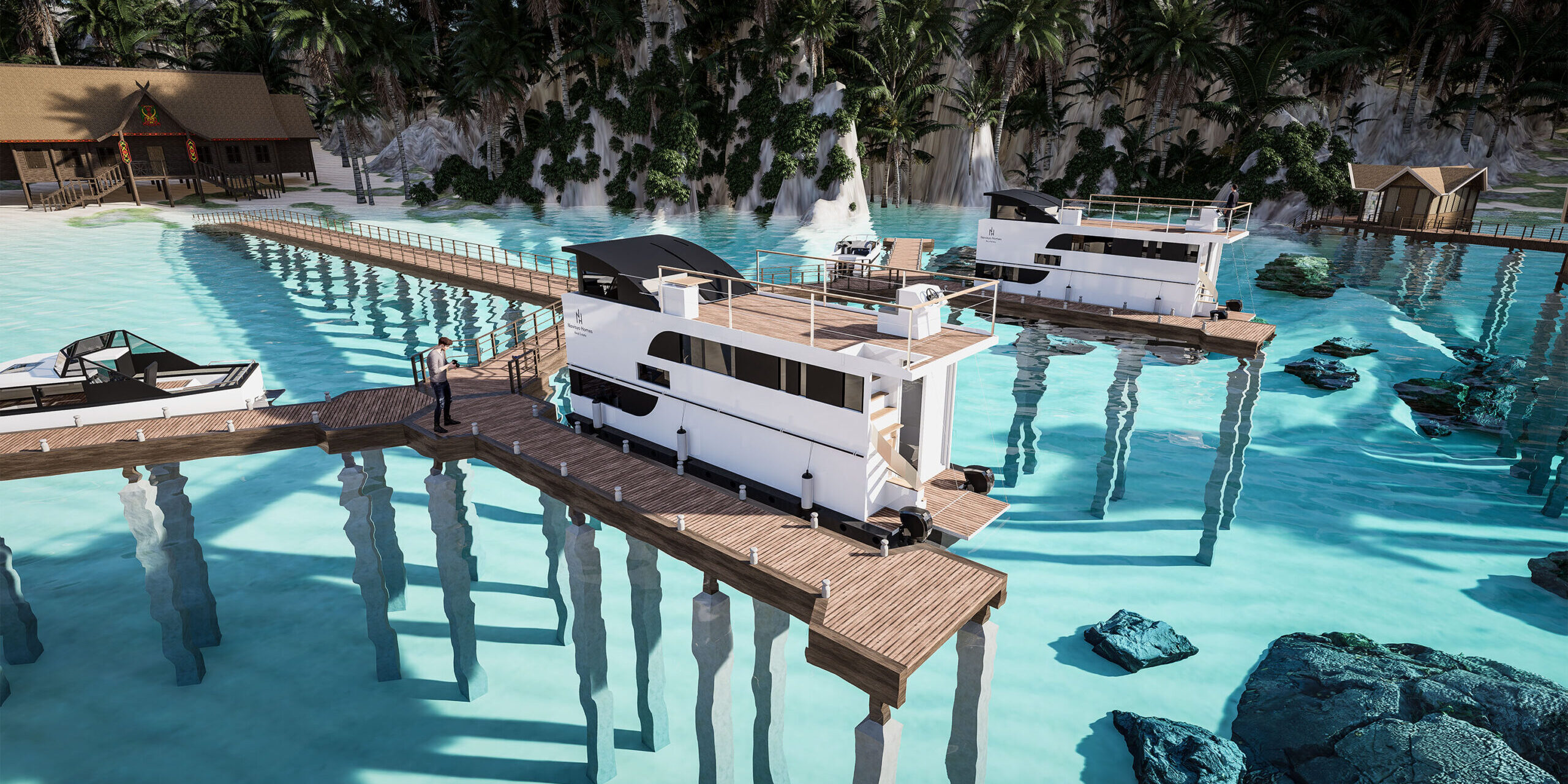 With 70% of the world’s surface covered by water, property prices rising more than ever before, and sustainability and environmental issues at the forefront of everyone’s mind, it is no wonder that somebody has finally found a way to address some of these issues.

Q: The creator and the team at Navisyo Homes have designed a one-of-a-kind motorized home on the water that gives its inhabitants the ability to live onboard all year round and move wherever they like. But how did they do it?

A: Speaking to the creator, it is clear that passion for this project oozes from his every pore and that he has thought of everything that could possibly be needed to build a home that is permanently on the water. Initially, his idea was to build a sports boat, a leisure cruiser if you like, but one with a greater capacity and more room onboard. With years of experience building boats in Galicia, Spain, the creator knew exactly what he didn’t want to use in terms of materials – no aluminum. But why? Well, based on his experience, aluminum wouldn’t be suitable for this project. Something he learned while building a 23-meter catamaran in Ireland.

Q: So, back to the drawing board. What else could be used that would allow him to build something that had never been built before?

A: First of all, whatever materials he chose had to follow European regulations, but moreover, the design had to be as habitable as possible in terms of angles, height, space and style. The creator had the idea that, when designing a motorized home on the water, it should not resemble something that takes inspiration from the land and can be moved into the sea. The design needed to be inspired by the sea and designed for those who wish to live and navigate upon it. Certainly no easy task…

A reliable, robust and completely innovative construction system needed to be invented using only essential materials, but materials that remain stable when the vessel is mobile, such as fiberglass with a sandwich-type structure at its core. The creator was keen to use the materials that he has used for many years, that he knew inside-out and trusted to do the job that they were going to be used for. Another vital part of this construction system was to decide which type of coating was going to be used for the hull, a material that would protect the motorized home on the water against rust and the effects of osmosis. Polyethylene was the material that was decided on as its creator had spent years making and setting up aquaculture installations such as tuna cages in Tunisia, Morocco, Brazil, Mexico and Venezuela and had found it the most reliable material to work with.

Now that the material had been decided, the hull needed a shape and a mould had to be created. And it is no small feat to design a hull for a boat that, until now, it was only a design! Very expensive, handmade steel moulds were made that were welded, polished and filled with polyethylene clippings and then slowly heated to 300ºC and then cooled. After 15 failed attempts due to the thickness of the mold not matching up, the team finally achieved what they had initially set out to do and through trial and error, and after struggling through some rather frustrating days – they had the ideal mold!

The creator had already decided that this vessel needed to be certified and meet all of the regulations, but ultimately wanted to make sure that a reputable and trusted company checked that all of their calculations were correct. Det Norske Veritas took control of this and made sure everything was completely perfectly designed and met all safety regulations.

Something fundamental during the construction of these motorized home on the water is that they are certified unsinkable, and to achieve this, The creator and the team took the finished mould and placed it into a forming mould. Next, polyurethane was injected at 10 bars of pressure which meant that the outer mould held the shape of the hull and inside the hollow was completely filled with polyurethane of a specific density. This process was absolutely imperative as not everybody has their sea legs straight away so accidents happen, but this ensures that the boat can withstand scrapes, bumps and bangs and keep everyone onboard safe.

Unwavering in his attention to detail, The creator made sure that all of the hulls had a series of tunnels throughout to allow more water to flow to the propellers and the engines. Everything is fastened with screws, 72 in total, that are made with a special alloy that can only be ordered in batches of 5000, making them rather difficult to obtain.

Q: So, the hull was now complete, but as a motorized home on the water, people that were going to be living onboard needed space to move easily and freely.

A: Next up, the main deck was designed, completely from scratch, using a sandwich-style technique that is totally reinforced and can stand its ground without relying on the side panels. The main deck and the hull are the foundations of the boat, much like a house on land is only as good as the foundations that it is built upon, so it was essential to get this part absolutely on point.

Now that he had his foundations, The creator was keen to see the boat take shape and the side panels were designed – the fundamental and final structure of this unique motorized home on the water. The horizontal panels were made to be 100mm thick for both deck and flybridge, but the window panels were made to be only 60mm thick to create extra space inside. Insulation was key with this part of the build so the type of glass used was of utmost importance. The creator opted for double glazing, laminated for security, and further laminated on one side and tempered on the outside to add extra security – nobody wants a stray boom from a neighboring boat to come crashing through their window at night!

The creator now had realized his initial dream of designing a motorized home on the water, but only the boat part was done and now he had to turn it into a home. Firstly, he looked at the electrics of the boat and decided to install all of the wiring horizontally within the panels rather than vertically and make sure it was perfectly hidden, but easily accessible. Next up, the aesthetics. Carpentry is a key part of any boat build but these motorized home on the waters were designed to be lived on all year round so it needed to be perfect. Precision-cut, top quality birch is used in the 36 bespoke panels that make up parts of the boat such as the floor and the bulkheads. Using special adhesives that do not swell allowing for a tight fit piece by piece – ultimately giving a long lasting assemble quality look! The final finishes are left up to the owner to choose and the motorized home construction is completed!

These motorized home on the waters are a labour of passion and a feat of engineering that could well be the solution to many of the world’s environmental issues, housing shortages or just for those who want to live life on the water. To get to this point, even before building anything, it took three years of engineering, creating molds, developing, building, testing and trying things that didn’t work until everything fell into place. The unique design and concept allow for plenty of space to live onboard, anywhere in the world, and, thanks to the developer and his team of experts, are quite literally as safe as houses.

How Boating Helps Achieve Balance Between Work and Play
June 8, 2022

A NEW Take on Living the Yacht Ownership Dream
April 7, 2022